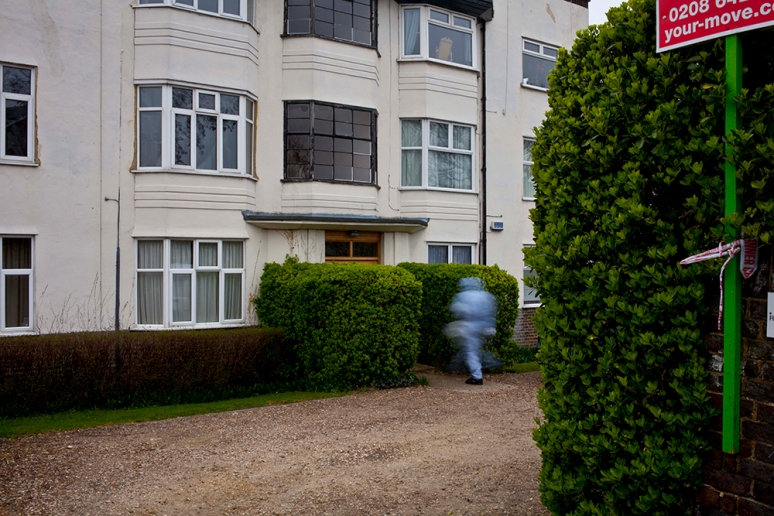 Louisa Brannan, 35, was found dead at a flat in Sutton on March 14 2011. She had suffered multiple stab wounds to her body and a heavy blow to her head. Police launched a manhunt for Reece Ludlow, 18, who lived at the flat, but he was not arrested until March 20 when he was found drunk on a train at Victoria Station. Ludlow eventually pleaded guilty to the murder was jailed for life with a minimum of 17 years before parole.

Visiting the site of Louisa Brannan’s murder was the first of many visits to the borough of Croydon for me. Not knowing the bus routes I opted for the long hike from Sutton Station to Oakwood Court.  The building in which Brannan died was a small block of flats where every entrance was guarded by police officers. A few reporters from the local papers where on the scene and soon pointed me to the front of the building where a lot of forensic officers where suiting up to enter the flat where Brannan was stabbed to death by Reece Ludlow, an 18 year old man who seemed even younger in the photographs released of him. I watched the forensic officers go in one by one and the photo above is of the last officer going in. I didn’t make many photos after that but waited for something that never happened. I could see the blacked out windows of Brannan’s flat. I left when the forensic teams left.

At the time of the photos  Ludlow was still on the run from the police so I checked daily as the police searched for him and 5 days later he was caught. Apparently he picked up Brannan at a pub and then murdered her, partly to get back at an ex girlfriend . Brannan had suffered much hardship in her life and it was a tragic end to her life. It was the fifth murder site involving violence against a woman. Over the months as I read the details of the murder through the court case I could not help think about Brannan a lot. I was very happy  with the photo I took in Sutton so I looked at it a lot and showed it every time I shared my project with others. So many threads run through the case, domestic violence, mental health issues, and young male aggression.

When I first came to London I worked for a computer magazine that hired me to do B&W portraits of their main interview. In the 90s that meant I would make about 5 prints and deliver them in person to their offices in Sutton. So the journey to the place  Louisa Brannan lost her life was very familiar to me. A journey I had made dozens of time for several years. Sutton for years meant this to me, a train ride with an envelope of large prints made by me the night before. Now whenever Sutton comes up I think of Louisa Brannan and her slow violent death. I think of Ludlow’s ex girlfriend hearing Brannan’s screams on the phone, I think of Ludlow’s mother having to call the police after her son confessed his crime to her. Men in blue forensic suits entering and leaving the building making crunching noises with their shoes as they walked along the gravel driveway in front of the building. Just the crunching noises, nothing else.

An Interactive Map of the Murder Sites I have written about

The Landscape of Murder Photos